- Targets 1 trillion on in sales by 2023… to grow as no. 1 player in fuel cell for power generation

Doosan Fuel Cell (CEO Yoo Sookyung) held a vision declaration ceremony on October 8 as its first official event since its spin-off and announced its strong start as an independent company.

Doosan Vice Chairman and CEO Dong Hyunsoo said in his commemorative speech, “Doosan Fuel Cell has made great achievements such as securing PAFC manufacturing mass-production technology, succeeding in the localization of major parts, and achieving 1 trillion won in orders for 2 consecutive years with the dedicated efforts of the employees” and asked “Doosan Fuel Cell to play a leading role in the growth of Doosan Group in the fuel cell market for large power generation with huge growth potential”.

Doosan Fuel Cell has spun off from Doosan Corporation on October 1 for business management efficiency and expertise enhancement in the hydrogen fuel cell business sector where high growth is expected and will accelerate its corporate value and growth. 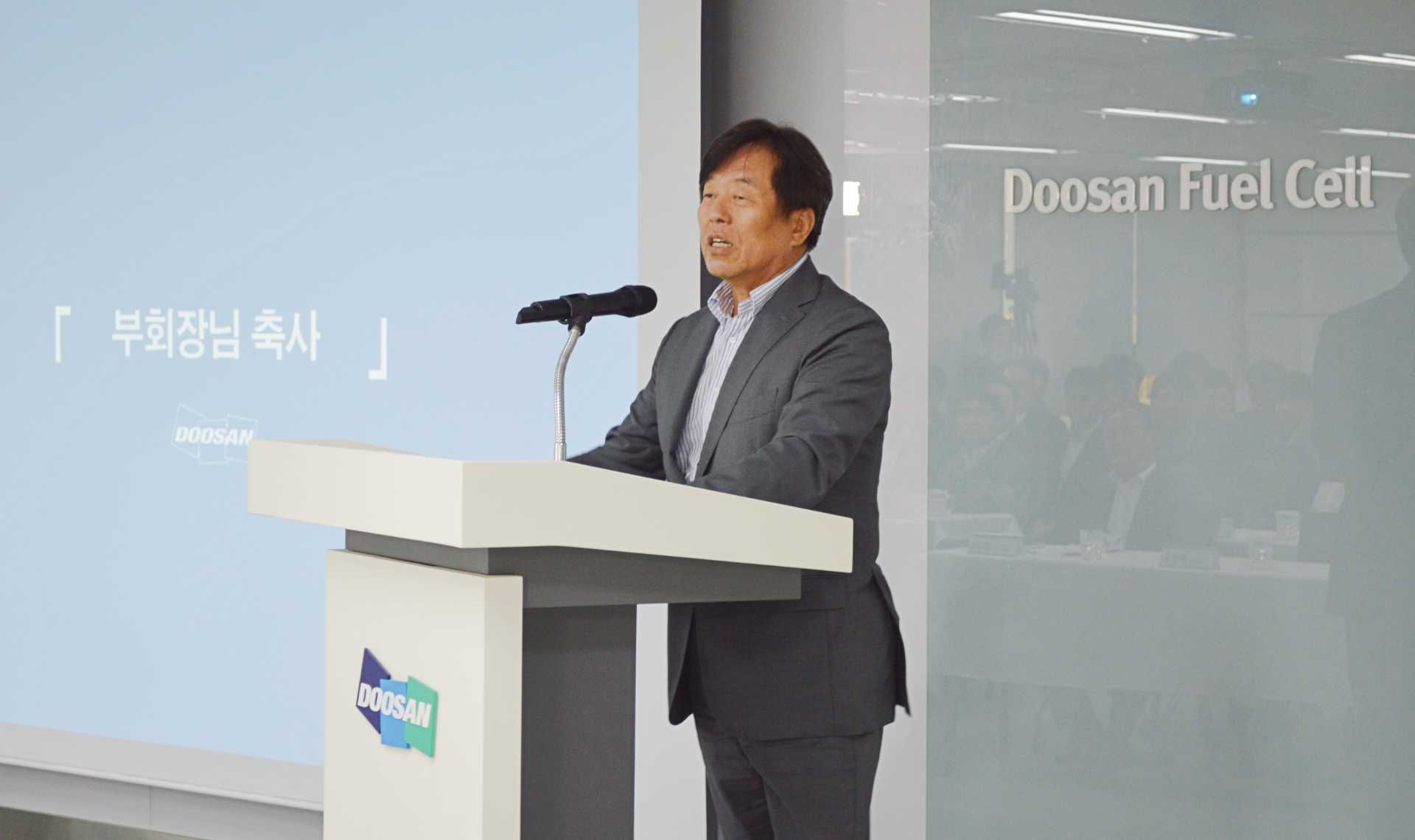