Governor stations lower pressure of natural gas so as to supply city gas to households. In the process the stations generate waste pressure which the four companies are set to turn into electricity. Waste pressure - that has been dumped – will work as an energy source through TEG (Turbo Expander Generator) to generate electricity. Fuel cells will provide heat sources to compensate for temperature lost from the process.

Doosan Fuel Cell will provide a fuel cell system for heat and electricity supply and in the meantime, it will be in charge of long time services under the LTSA.

Korea Gas Corporation pushes ahead with reduced pressure generation demonstration around the Baran Governor station in Hwaseong, Gyeonggi Province. It plans to transform the stations to hydrogen stations. To this end, KOGAS seeks Tri-gen (electricity, heat, hydrogen generation) fuel cells which Doosan Fuel Cell is developing as part of a government project. 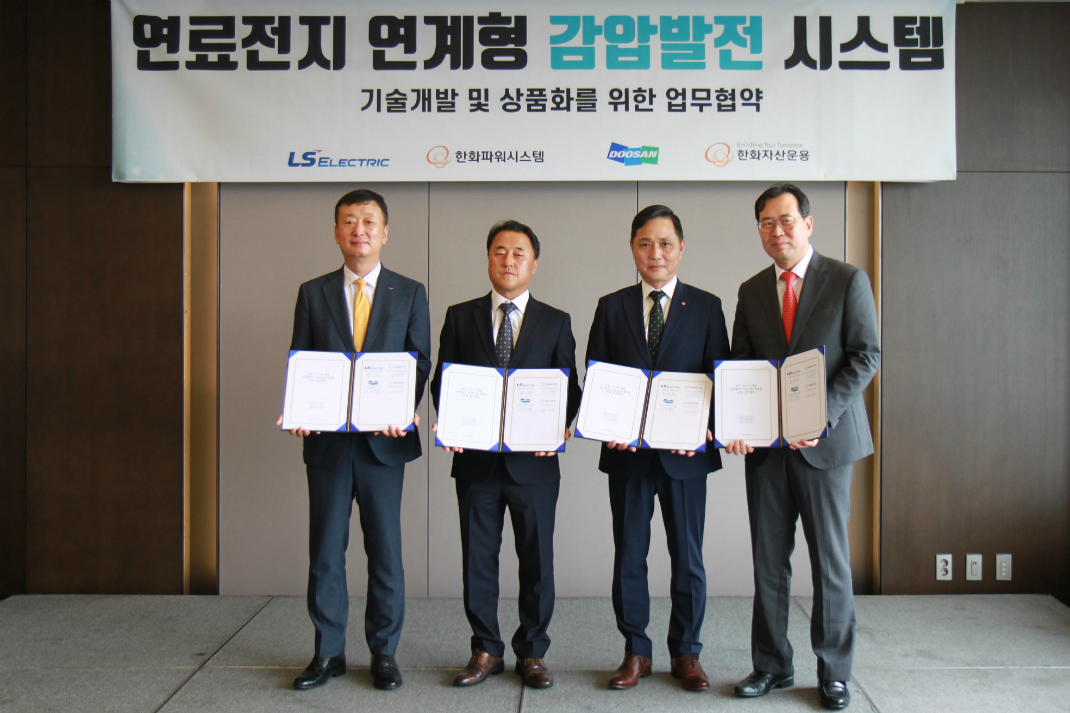