Doosan Fuel Cell announced that they received the '2021 Governmental Rewards for Contribution to Job Creation' for their mutual growth strategy with suppliers and their growing job footprint on November 7th.

The Presidential Committee on Job started to award individuals or organizations that contribute to adding decent jobs since 2018.

With a factory at Iksan. Jeolla Province, Doosan Fuel Cell has directly employed 500 since 2017 while engaging with about 200 suppliers of 2,600 headcounts combined. It shows how much Doosan Fuel Cell has valued shared growth and local job market whereas improving localizaion of hydrogen fuel cells.

Doosan Fuel Cell plans to ▲ramp up PAFC factory capacity and to build SOFC manufacturing facilities in Korea; ▲increase exports; and ▲join various government-led projects for technology localization and industrialization so
that they continue to support more decent jobs in local economies. The company anticipates PAFC factory completion will raise capacity up from 90MW to 275MW, adding 340 direct and indirect jobs and an approximate 231 billion won effect on production inducement, not mention to a rough 72.6 billion won worth of added value.

“The number of suppliers we engage with is up 20 times in 2021 compared to 2014, when we started the business. It resulted in reaching 98% of localization,” says an official from Doosan Fuel Cell. “Moving forward, Doosan will develop college internship programs and initiatives for supporting local students and joint research with local colleges which will create more local jobs.” 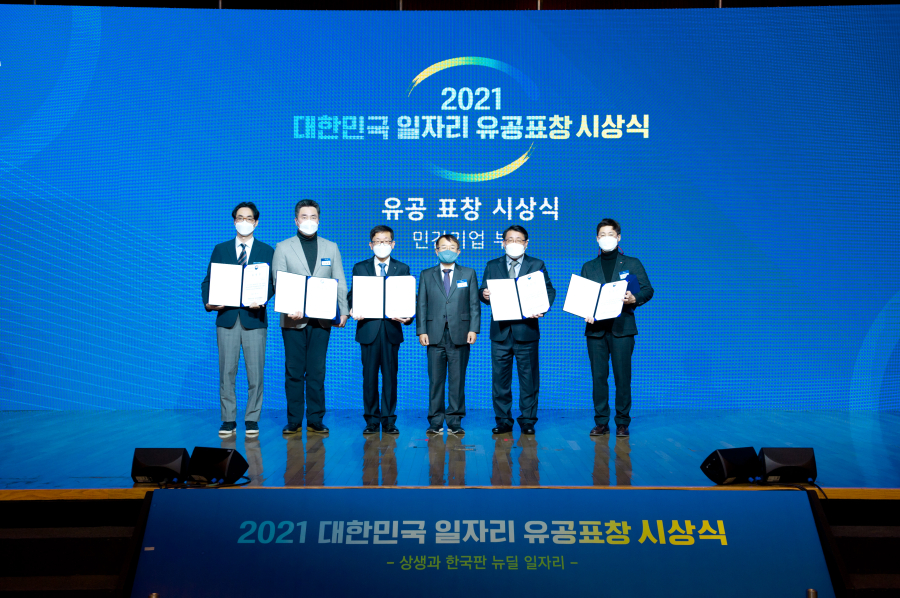 Doosan Fuel Cell Wins the &lsquo;2021 Governmental Rewards for Contribution to Job Creation&rsquo;. Photo-op for Howie Hooseok Che(3rd from left) with other winners.