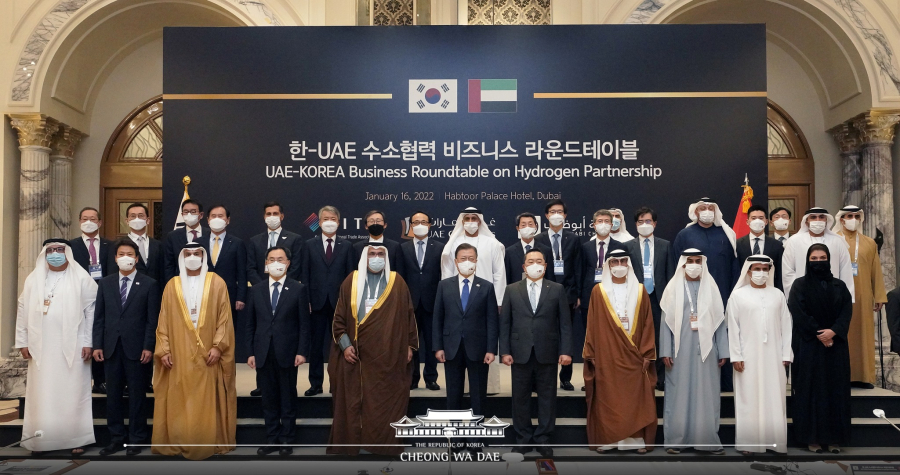 'UAE-KOREA Business Roundtable on Hydrogen Partnership' is co-hosted by Korea International Trade Association and Federation of UAE Chambers of Commerce & Industry, aiming to boost UAE-Korea investment and cooperation since the UAE has great potential in producing green and blue hydrogen whereas Korea has great capabilities of hydrogen applications such as hydrogen fuel cells, hydrogen fueled vehicles.

“Armed with the technology prowess that has been proved in the global market where we supplied the largest hydrogen fuel cells and developed the first hydrogen fuel cell drones in the world, Doosan operates across hydrogen industry from production, logistics to hydrogen applications,”Says Jeff (Hyungrak) Chung, President and CEO of Doosan Fuel Cell. “Doosan is able to generate a special kind of synergy by cooperating with UAE companies.”

In the meantime, Doosan has been involved in joint research on hydrogen city between Korea and UAE. Under the project Doosan is developing electrolysis technologies for green hydrogen generation and plans to demonstrate in 2024 in the UAE.